Edit
watch 01:36
We're Getting Mutants in the MCU - The Loop
Do you like this video?
Play Sound

A Crystal Mine is a building that mines raw crystals. Crystals are one of the three basic resources that are required to progress in the game.

Crystal mines supply the main resource used to produce electronic circuits and form certain alloy compounds. Mining crystal consumes some one and half times more energy than a mining metal, making crystal more valuable. Almost all ships and all buildings require crystal. Most crystals required to build spaceships, however, are very rare, and like metal can only be found at a certain depth. Therefore, building mines in deeper strata will increase the amount of crystal produced.

Where Acceleration is the economic speed of the universe.

Factoring in Plasma Technology levels and the base Crystal production rate of a planet gives the following formula:

NOTE: Information in this table is based solely on the formulas found on this page.

*All Numbers are rounded down except for "Energy Use", which is rounded up in order to maintain accuracy with the tested in-game values. Not all in-game values were tested.

Production and Profit vs Cost[]

The formula above gives the amount of time in which the total crystal production reaches the cost of that level of the crystal mine. Of course, in universes with economic speeds greater than one, the result must also take the universe speed into consideration. In faster economic universes the production is increased but the cost of mines is stable. 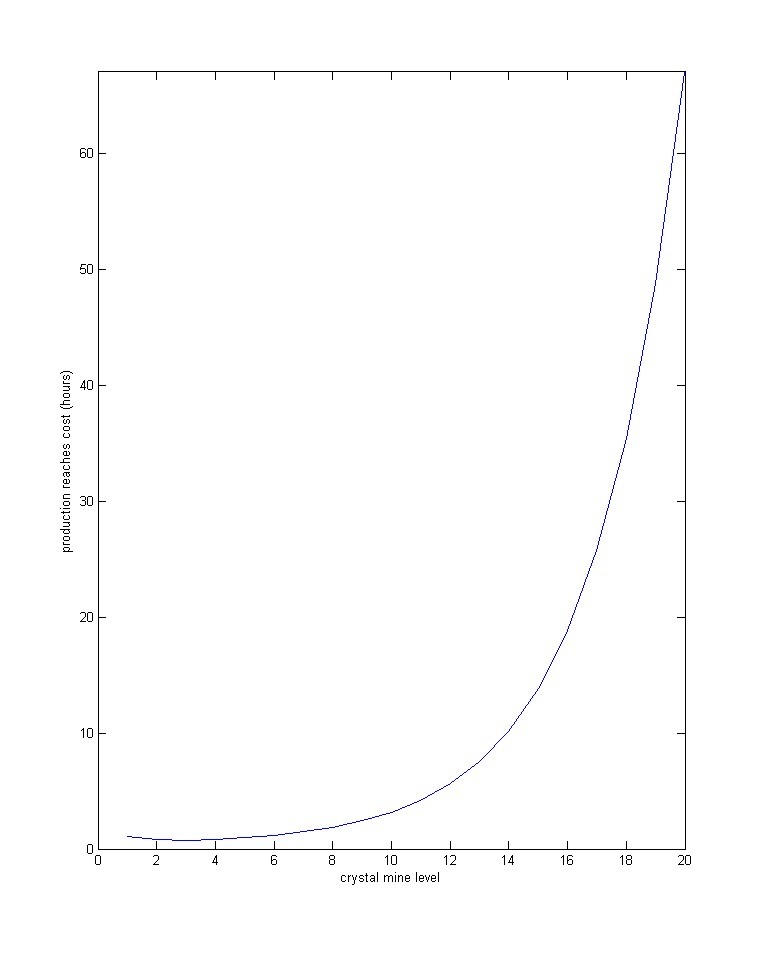 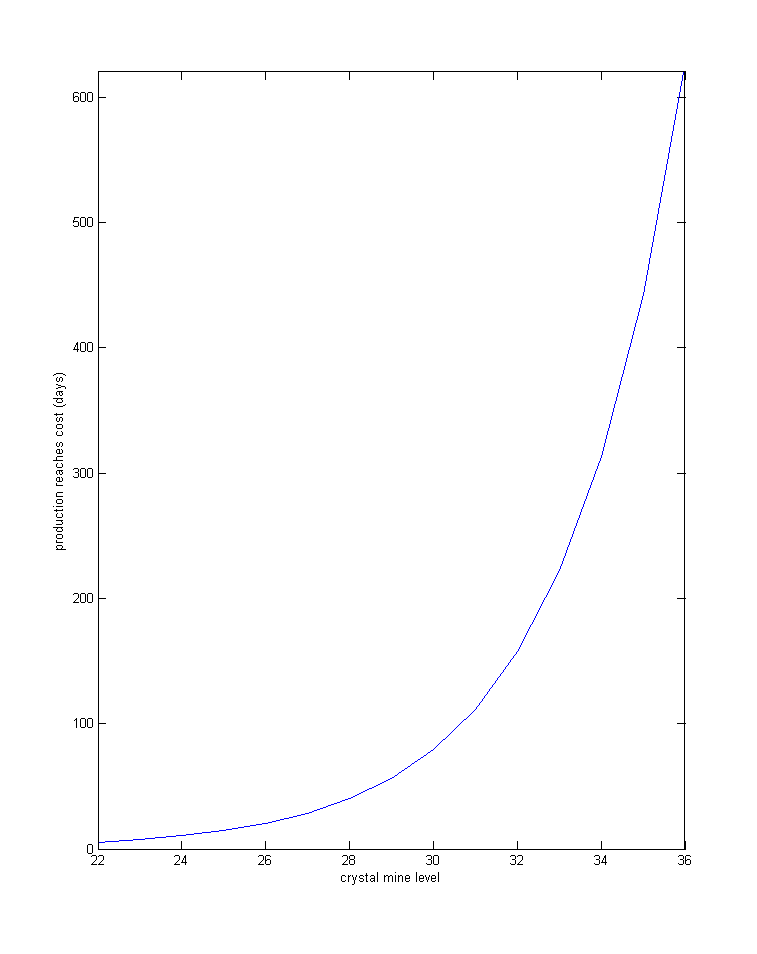 From the graph we observe that if you built crystal mine level 30, it will take it 80 days to produce as much as crystal you used to built that level. 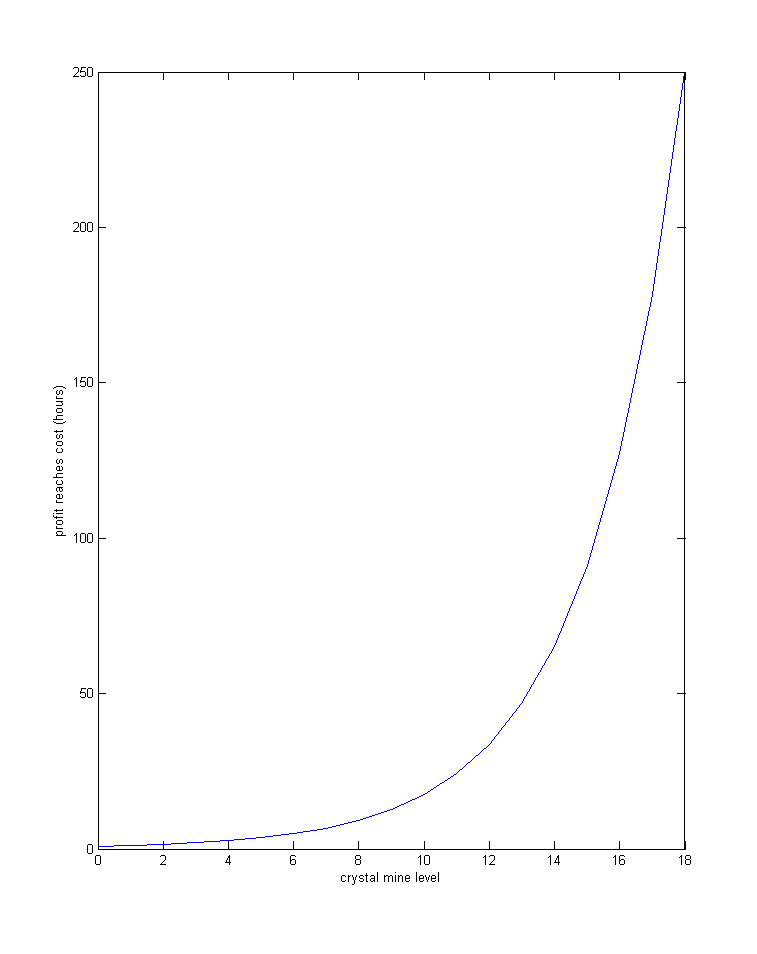 The graph above says that, if you upgrade your crystal mine from level 12 to level 13, it will take approximately two days to start harvesting your investment. 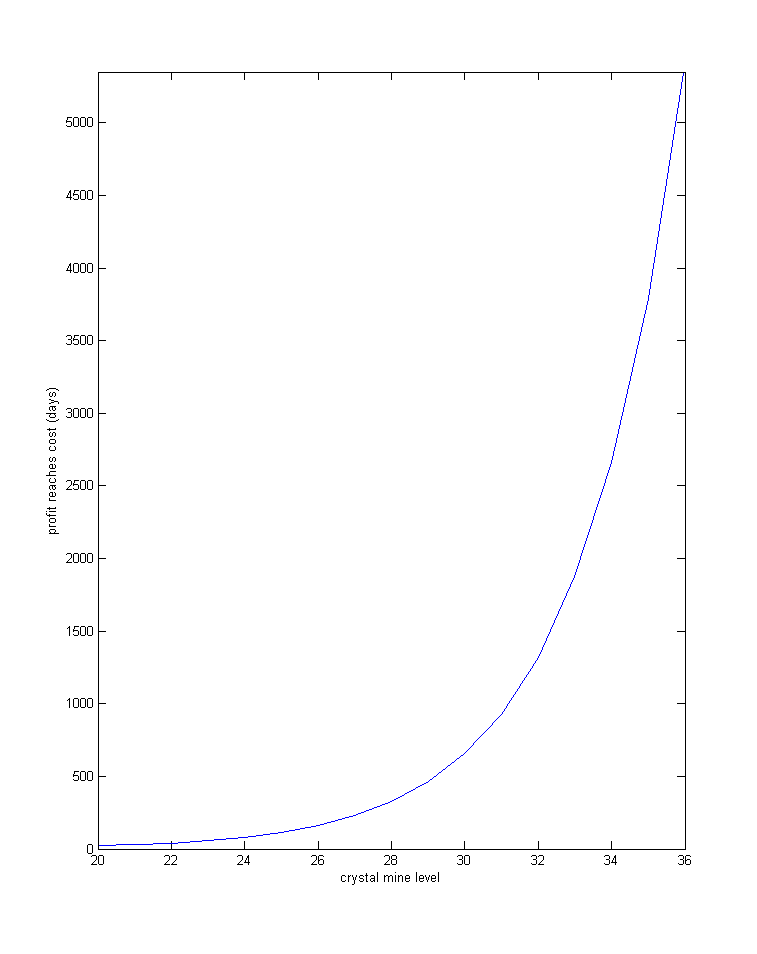 From the graph above, we observe that if one upgrades his crystal mine from level 28 to level 29, he will start to make profit out of it after approximately 450 days, for level 35 to level 36 it becomes more than 5000 days!