Metal is the primary resource used in the foundation of your Empire. At greater depths, the mines can produce more output of metal.You can use the available metal for use in the construction of buildings, ships, defense systems, and research. As the mines drill deeper, more energy is required for maximum production. As metal is the most abundant of all resources available, its value is considered to be the lowest of all resources for trading.

Please keep in mind, that this is only the Metal produced by Metal Mines. There is also a base production that each planet puts out without any mine. This number can be seen under the resource settings and is equal to 30 times the acceleration factor. With that factored in, production will equal:

Additionally production could depend on Plasma Technology Level. e.g.

Production and Profit vs Cost[]

The formula above gives the amount of time in which the total metal production reaches the cost of that level of the metal mine. 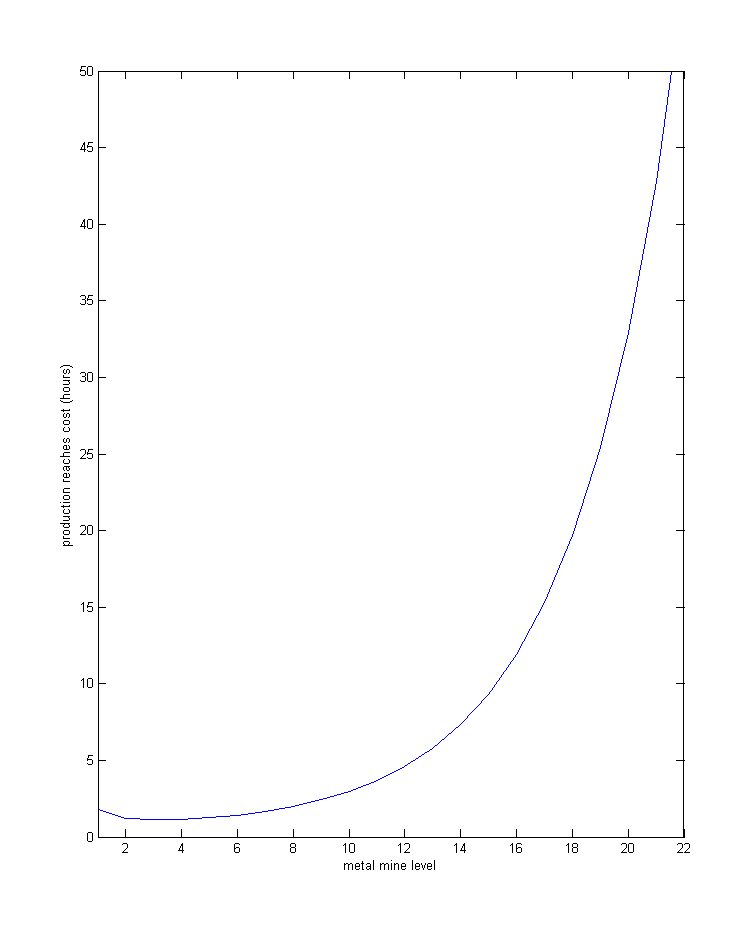 The graph above says that, for example, if you built metal mine mine level 12, it will take less than 5 hours to take back your metals which you used to built that level. Metal mine level 12 costs 5189 metal, and produces 1297 metals per hour. Indeed, it takes about 4 hours to take you metal back. 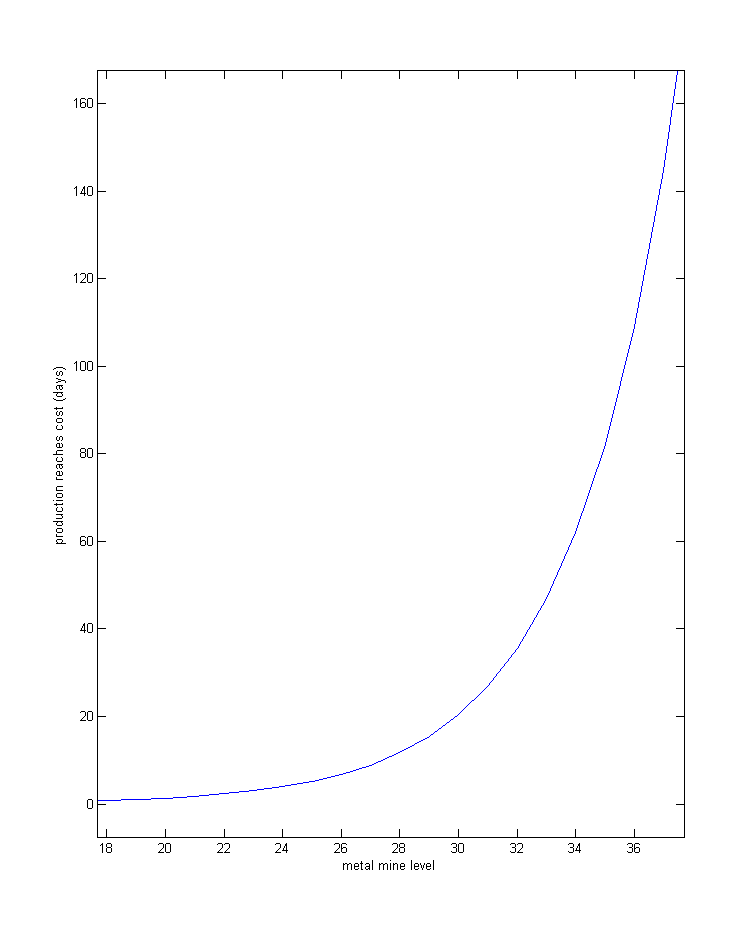 From the graph we observe that if you built metal mine level 30, it will take it 20 days to produce as much as metal you used to built that level. 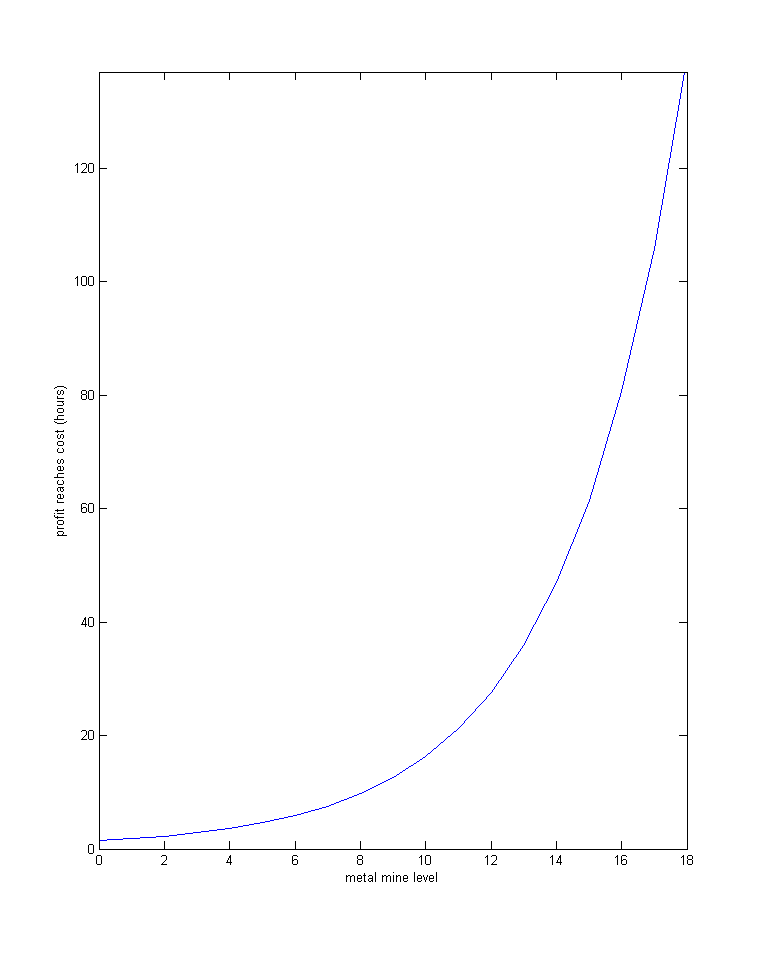 The graph above says that, if you upgrade your metal mine from level 13 to level 14, it will take approximately two days to start harvesting your investment. 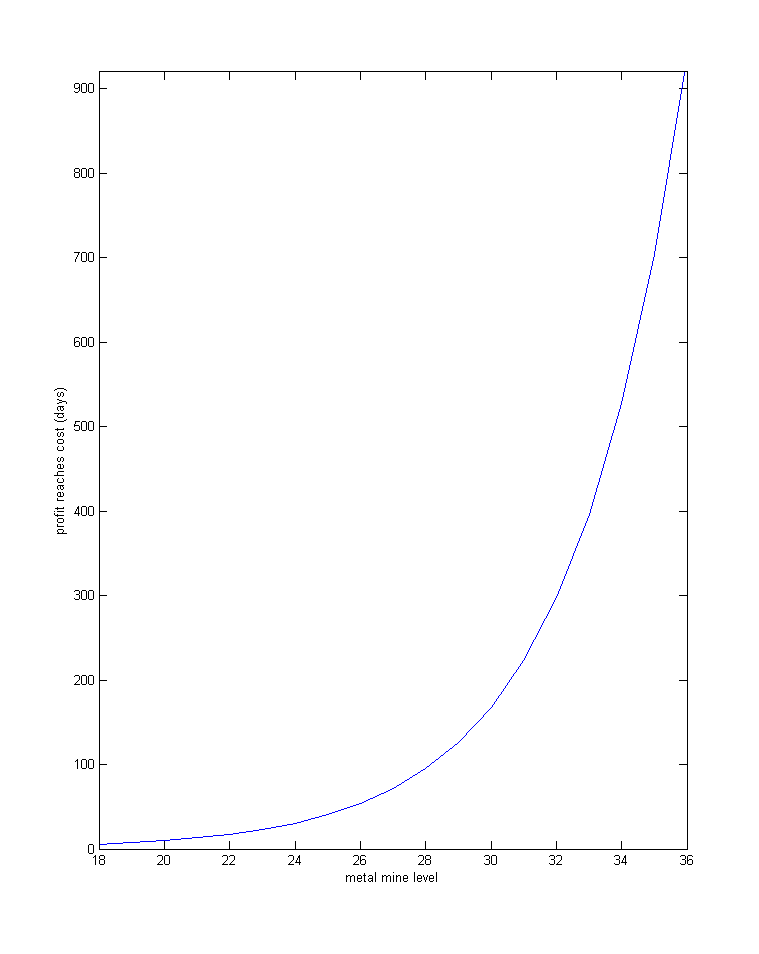 From the graph above, we observe that if one upgrades his metal mine from level 31 to level 32, he will start to make profit out of it after one year, for level 39 to level 40 it becomes 3000 days!

Note furthermore, that one should take into account the opportunity cost of the metal used. The opportunity cost  is the sacrifice related to the second best choice available to someone. In this case for example, however difficult to determine, one could consider expanding his or her fleet to increase income from raiding. If the expected additional income from raiding exceeds the increase of metal production, one should choose to expand his of her fleet instead.